Home » Reviews » Review: A taste of Anglo-French at The Wild Goose in Altrincham

Review: A taste of Anglo-French at The Wild Goose in Altrincham

Can everything be my answer?
The Wild Goose ticked all of the boxes for me – the tasteful yet cosy décor, the exciting menu that was hard to choose from, the friendly and attentive staff and of course, the incredible food.
I also loved the location as it felt a bit like we were in a quaint little village rather than near a busy town centre!

I went with my husband and toddler but I would say it’s more suitable for adults as the menu and atmosphere is quite mature. There was no children’s menu when we went, but a highchair was provided, Evie was able to share our food and the staff were still excellent with catering for her. The Wild Goose is perfect for couples on a romantic date, adult families and groups of friends, celebration meals and casual lunches.

When we were invited to a pre-opening night at exciting new restaurant The Wild Goose in Altrincham we jumped at the chance – we’d seen the hype online already and couldn’t wait to sample their food! The Wild Goose is a new venture by the owners of popular Italian restaurant Tre Ciccio, so we knew we were in for a treat.

Based at the former Francs site on Goose Green, The Wild Goose in Altrincham is another welcome addition to this popular area in South Manchester.
We hadn’t been to this part of Altrincham before so were pleasantly surprised when we arrived to see a cute little public square with some charming buildings around.
The exterior of the venue is an inviting mix of traditional and contemporary, with large modern windows accentuating the old brick-work perfectly.
Upon entry there is a stairway that leads up to the first floor where we were greeted by a friendly host just opposite a well-stocked bar.
We were shown to our seat down a few steps and as we descended, we could see just how beautiful this venue is inside as well. The traditional and contemporary theme continued within, with what appeared to be original wooden beams in the ceiling and exposed original brickwork painted white to give a cosy but airy feel.
The large window that protrudes out of the restaurant and overlooks the street below is still a significant feature – it spans from the floor to the ceiling so diners can really enjoy some daylight if they’re seated there during the day. Evie LOVED this feature!
Classic wooden flooring throughout the venue works well with its modern furniture and décor.
An impressive wine shelf was built for The Wild Goose – take a look at the photos to see what I mean!

Let’s get down to business.
The a la carte menu was a real pleaser; it was simple and didn’t have too much choice, which allowed us to concentrate on the difficult task of what we’d like to eat! It’s evident that a lot of thought has been put into making each dish special, even with old familiars such as French onion soup or their side of mashed potato (served with bone marrow gravy!)
The Wild Goose offers a modern take on classic Anglo-French dishes which, admittedly, we don’t know a whole lot about. But that didn’t matter as you don’t need to be connoisseur of French food to enjoy it here.

After much perusing we opted to share the individual baked Camembert cheese to start. This came with red onion marmalade and toasted sour dough soldiers and was a perfect starter, as it wasn’t too strong a flavour or too filling (even if we didn’t share it, it was a nice size as a starter). The camembert was baked to neat-yet-oozy perfection while the sour dough gave us the buttery crunch needed to scoop the cheese up.

For my main I chose the slow-braised beef feather blade with truffled cauliflower puree and parmesan chips, which was absolutely sensational! The beef melted in the mouth beautifully and arrived with a rich, thick sauce that tasted equally wonderful. The cauliflower puree was surprisingly packed with flavour and had a very pleasant texture – I could eat it with chunks of bread as if it was a houmous dip.
We were all big fans of the parmesan chips which were chunky, crispy on the outside, fluffy on the inside and well coated with a parmesan cheese crust. Evie insisted on eating these, she looks a good chip!

Kov went for the baked Loch Duart salmon with curried steamed mussels ‘mouclade’ and leeks with a side of the chips. The salmon was nicely baked with a crispy side of skin but the mouclade stole the show for this dish as it was very creamy and rich in flavour. The only thing we think we should note is that we couldn’t see any mussels in the mouclade, but because this dish is served with a good portion of salmon we didn’t really expect to see mussels as well as salmon.

For dessert we were quick to choose the spiced pear and chocolate pavlova and we don’t think we could’ve chosen a better dessert – the pavlova was exactly what you would want with a crispy, flawlessly baked outside and a soft, fluffy and slightly chewy inside. The chocolate sauce drizzled over was plentiful and complimented the light flavours of the pavlova perfectly, but also the spicy and slightly tangy flavours of the cooked pear on top. It was just so well planned with the flavours and textures, and that’s coming from two people who don’t normally enjoy pavlovas!

For drinks, The Wild Goose restaurant in Altrincham has thoughtfully sought the expertise of a wine guru to help them set their wine list, which is perfect for food pairing with the dishes here.

Our experience dining here felt quite special and we enjoyed the cosy, relaxed atmosphere. The food was a real joy to eat and the restaurant is definitely somewhere we will return to, with or without the kids. Their Sunday menu has just launched which includes some traditional starters, roasts and desserts.

Enjoy and thank you for reading!

>> The Wild Goose in Altrincham
Here’s another article of mine that I know you’ll love...

48 HOURS IN | A brilliant girls weekend away in Birmingham

Paintballing in Leeds – Why Skirmish is a great choice 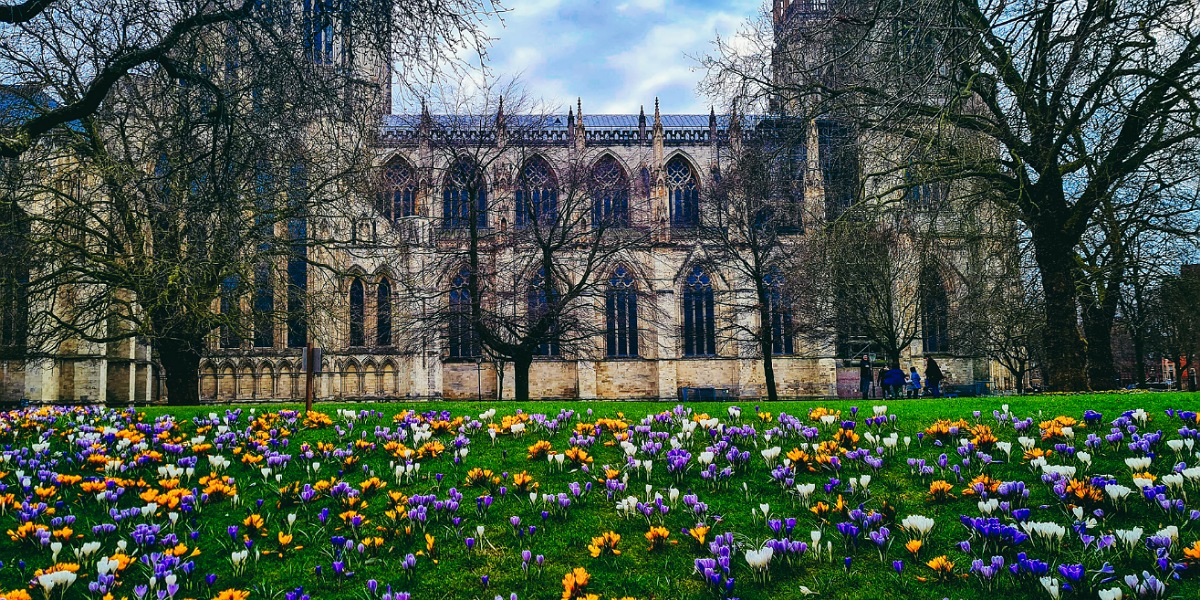 Perfect Picnic Places in York: The Best Parks and Gardens for a Picnic in York
MORE ARTICLES & REVIEWS >